The Landscapes of Revolution team were delighted recently to take delivery of a large number of historic Midleton photographs. The photographs were graciously loaned by local resident John Fenton. Many of the pictures were collected by John’s uncle, noted bandleader and local historian, the late Dick Cashman, and they include Cashman’s valuable annotations concerning Midleton’s historic buildings and people.

While the collection covers about 75 years of Midleton history, several represent the town as it was during the War of Independence. This allows us to more easily imagine what the town looked like during this pivotal period in history. Of particular importance are two photographs showing a number of IRA volunteers in the yard of the former RIC barracks (the current Garda station), probably very soon after the Treaty. None of the people in the photographs are named. If anyone has any information concerning their identities, please contact us at landscapesofrevolution@gmail.com. Another valuable photograph shows the funeral procession of IRA commander, Diarmuid Hurley on September 14, 1921. 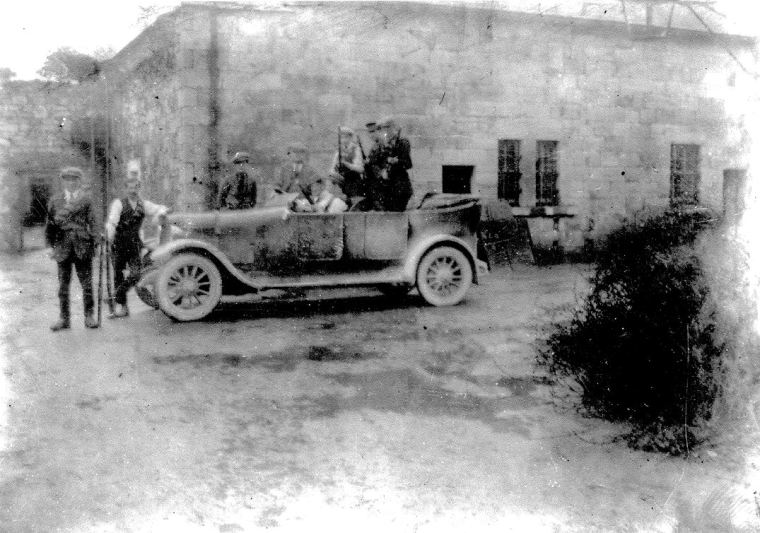 We have scanned and annotated this collection for inclusion in a future database of the material culture of the War of Independence. If anyone has anything they would like to share with us, please use the email address above. Landscapes of Revolution would like to thank John Fenton for allowing us to see this incredible collection of Midleton’s past. This is truly a valuable piece of history. 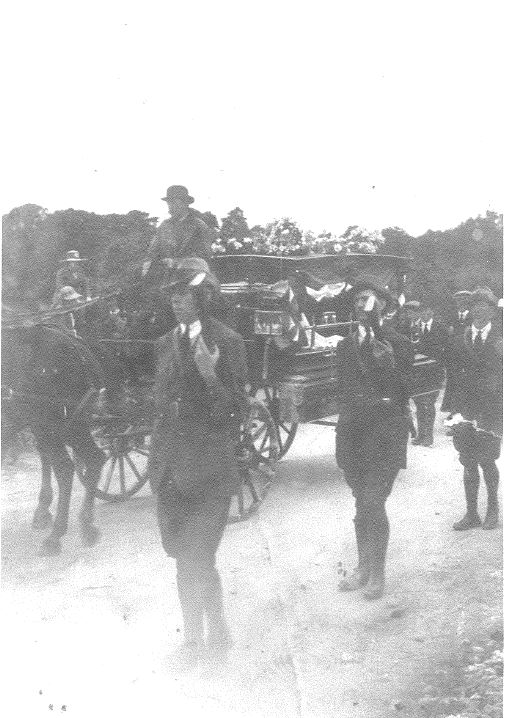 The funeral of the O/C of the Midleton Company, Diarmuid Hurley, in 1921 (Dick Cashman/John Fenton Collection)