Our initial pilot study area will focus on the revolutionary landscape of the 4th Battalion, Cork No. 1 Brigade area during the War of Independence. This area roughly correlates geographically with East Co. Cork. We hope to identify, assess, record and map those sites, buildings and locations which played a role in the conflict in the locality. These include everything from training areas to safe-houses, police and military barracks, prisons, production areas, stores, Dáil Courts and of course conflict and ambush sites. Additionally we intend to explore the later landscape of memorialisation, from the graves of the dead to the memorials erected to the memory of individuals and groups.

As well as examining the IRA Volunteers, the project will also seek to encompass Cumann na mBan activity, civilian activity, RIC activity and military and para-military activity. At the end, we hope to have a greater understanding of how much of the landscape of guerrilla war in East Cork survives, and what it can tell us about the events of 1919-21 in this area. From there, we hope to broaden out the study to look at larger areas both in Cork and countrywide. 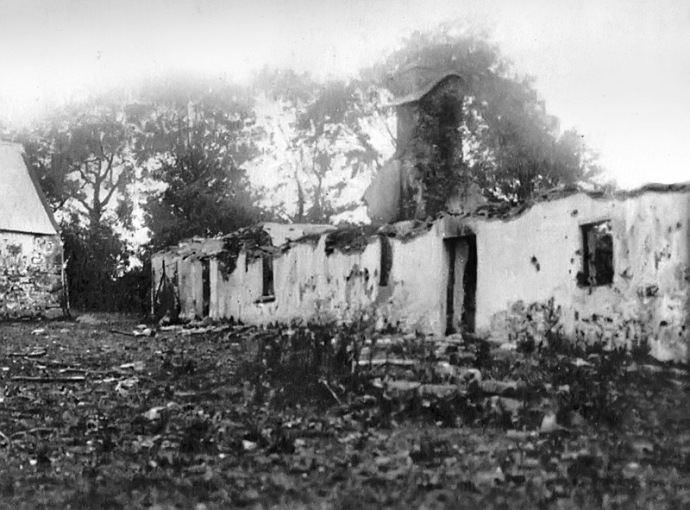 The cottage in Clonmult where members of the 4th Battalion Flying Column were trapped and killed on 20 February 1921. It represented the worse loss of life for the IRA during the conflict. They had withdrawn there following the 29 December 1920 Midleton Ambush, which had itself led to the first official reprisal of the War, the aftermath of which was filmed by Pathé- you can view that footage by clicking here (Imperial War Museum).

Our starting point in identifying sites has been the array of online resources now available, particularly the Witness Statements of the Irish Military Archives. We will discuss these and other online sources in future posts, but this material will be supplemented through information gleaned from previous historical analysis, local studies and through community-engagement. It is the intent that the local communities will have an opportunity to play a key role in the identification and recording of the sites, and we will also seek to include a component where material culture associated with the War of Independence in the area can be recorded on special open days.

O’Donoghue’s Pub in Knockraha- as Canavan’s Pub during the War of Independence it was one of the most important Safe Houses in the 4th Battalion area (Rubicon Heritage).

What then of the pilot study area, that of the 4th Battalion? Up the time of the Truce in 1921 it consisted of 19 Volunteer Companies, based largely on a local parish basis. The designations of these companies and their relative strengths at that date are presented in Table 1 below:

The former site (at right) of the Carrigwohill RIC Barracks. The ferocity of the attack on this Barracks on 2 January 1920 was seen by many as a major turning point in the War of Independence. Though the Barracks is no longer extant, much of the landscape that played a role in the action survives (Rubicon Heritage).

In addition to these companies an Active Service Unit/Flying Column was also in operation from the Autumn of 1920. A membership list for the Column is currently being compiled. Cumann na mBan in the 4th Battalion area was centred on Midleton District Council, A Company, which comprised six branches, namely Midleton, Cobh, Carrigtwohill, Aghada, Churchtown and Cloyne. After the Truce a re-organisation in the IRA led to a number of 4th Battalion companies being split off to create the 10th Battalion, with companies in Aghada, Cloyne, Killeagh, Churchtown South, Ballycotton, Ladysbridge, Ballymacoda, Killeagh, Shanagarry, Inch and Youghal. 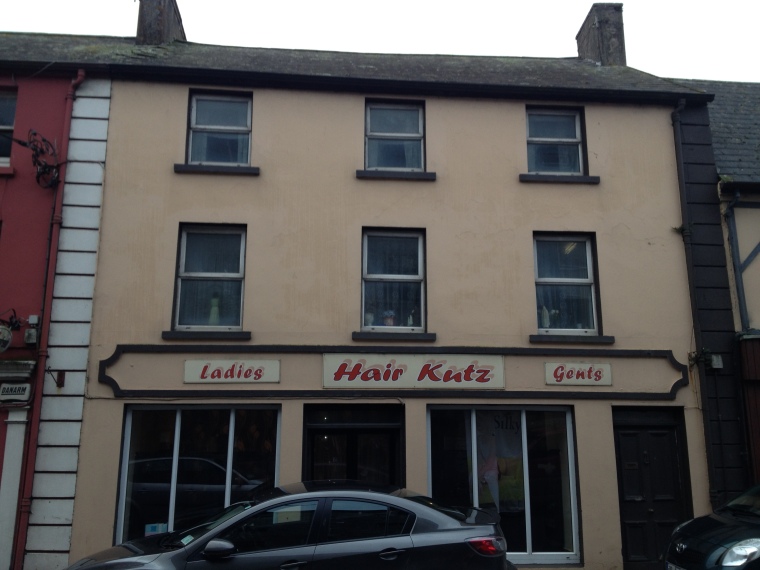 The former RIC Barracks in Cloyne, attacked on 8 May 1920 (Rubicon Heritage)

It is this area of operations that will form the nucleus of our study area. We intend to explore each company area within the 4th Battalion zone, beginning with Midleton. In addition to the archaeological component the project will also be building resources on the website, including the names of those involved. To check out what we have currently on this see the Resources page here.

The site of the Dáil Court in Knockraha. These Courts were a way in which the Dáil and Republicans exercised control over those areas from which the Civil Power had withdrawn during the War of Independence (Rubicon Heritage).